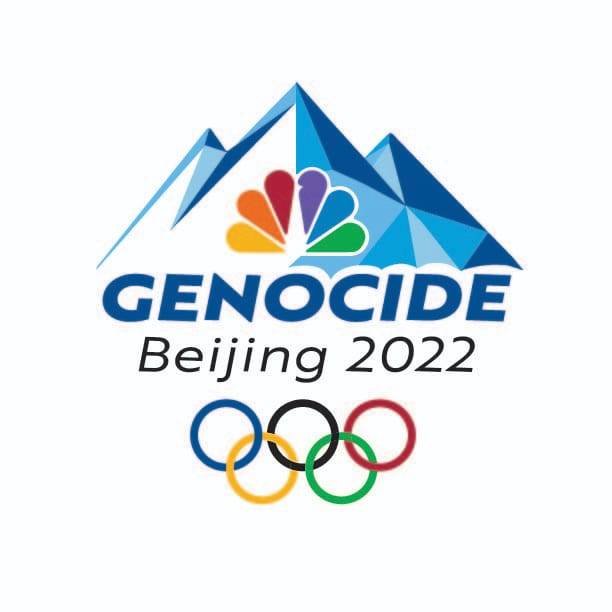 We represent a coalition of 200 global campaign groups and are writing to you to urge NBCUniversal to cancel its broadcast deal for the Beijing 2022 Winter Olympic Games due to China’s genocide against the Uyghur people, the severe and escalating repression in Tibet, Southern Mongolia, Hong Kong, and China proper, and geopolitical bullying of Taiwan. By going ahead with the broadcast, NBC will be legitimizing these abuses and promoting the ‘Genocide Games’. We instead call on you to use your platform as one of the world’s top international broadcasters to inform the public about the crisis of repression occurring in all of these places under Chinese rule.

We applaud NBC’s strong commitment to diversity, inclusion, and the advancement of social justice and fighting inequality. In your recently announced plan to ‘Advance Social Justice and Equality’ you state that NBC will be ‘working to eradicate injustice’ – commitments that are to be lauded, but that will be entirely overshadowed if you continue to support the Beijing Winter Olympics.

According to the Chinese authorities, this prestigious event will be “open” and “inclusive”, create a “harmonious world” and promote “social progress”. But for those living under China’s rule daily life is anything but, and is instead characterized by a merciless crackdown on individual and collective rights and freedom, an all-out assault on cultural diversity, and a tearing apart of community cohesion through sophisticated methods of surveillance and control. All of these extreme abuses are taking place under an almost total information blackout in Tibet and East Turkistan (Xinjiang), with the doors closed to human rights monitors and international media.

As you are no doubt aware, the human rights situation for those living under China’s rule has reached an unprecedented low. The situation in occupied Tibet has dramatically deteriorated and in 2021 it was ranked by Freedom House as the least free place in the world for civil and political rights equal only to Syria. At least two million Muslims – including Uyghurs, Kazakhs, and Uzbeks – are locked in “re-education camps” undergoing systematic torture and political re-education. Imagining a world in which they are able to watch, let alone participate in, the Winter Olympics is virtually impossible.

In Hong Kong, where Beijing has implemented a draconian National Security Bill that bans acts of “splittism, subversion, foreign intervention, and terrorism”, freedom and democracy are under attack. This includes an all-out assault on media freedom which, just today, saw the forced closure of the iconic Hong Kong newspapers the Apple Daily along with the imprisonment of its founder, key journalists, and members of the board of directors. Meanwhile, China continues to jail more journalists than any other country in the world, making it difficult to reconcile the Chinese government’s claims that the Games will be characterized by a spirit of “openness”.

It is no secret that the Chinese government, like all authoritarian powers, wants to use the Olympics to build its legitimacy — legitimacy it does not have because China is a one-party state without democratic elections or the rule of law. A letter from Human Rights Watch to the International Olympic Committee recently raised the fact that the 2022 Games will take place in a human rights environment significantly worse than that of 2008 when the Chinese government repeatedly backtracked on the human rights pledges it made to secure the right to host the Games. Considering how seriously the human rights situation has deteriorated since China held the 2008 Games, we shudder to think how much worse it will get if Beijing 2022 goes ahead without serious global opposition.

We urge you to immediately cancel your plans to air the Beijing 2022 Olympic Games, or risk being forever tainted by your partnership with “Genocide Games”. NBC has an opportunity to truly work to eradicate injustice by taking a stand on the right side of history and sending a clear message that genocide and crimes against humanity are a red line that will not be crossed, no matter the cost.

We request the opportunity to meet with you and other representatives of NBCUniversal to discuss our serious concerns regarding the situation facing Tibetan, Uyghur, Hong Kong, Southern Mongolian, and Chinese activists. Please contact Lhadon Tethong at lhadon@tibetaction.net / +1 (917) 418-4181 to discuss arranging this meeting.